The Artistry of Man In Motion 5: Parkour and Freerunning

It is so incredible that a body can defy gravity in such an amazing way.

He is doing things I only dreamt of doing as a kid. 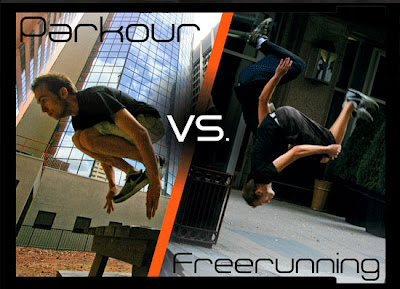 Parkour (abbreviated PK) is a physical discipline which focuses on rational and efficient movement in both the natural and urban environments (over obstacles, etc). Developed in France by David Belle, the main purpose of the discipline is to teach participants how to move through their environment by vaulting, rolling, running, climbing, and jumping. Parkour practitioners are known as traceurs (pronounced Trace-ers). They train to be able to identify and utilize alternate, more efficient paths. Parkour can be practiced anywhere, but areas dense with obstacles offer many training opportunities. In many areas Parkour is learned in small groups of individuals who teach each other new skills and work together to polish previously acquired skills.
The term Freerunning (or free running) was coined during the filming of Jump London, as a way to present parkour to the English-speaking world but rather unintentionally became its own form of movement which is incorporates parkour (pk) as a baseline but established its uniqueness separate from Parkour with the focus on self expression, innovation and creativity into movement as opposed to strictly speed and efficiency in parkour. However, the term has come to refer to Sebastien Foucan's method of parkour which again unintentionally makes him the founder of freerunning focusing on creativity, innovation and self-expression(in freerunning) instead of strictly speed and efficiency(in parkour). Many misconceptions have come out of this, such as the idea that it is a form of competitive street-gymnastics or street-acrobatics, when in fact, it was how Sebastien Foucan described his own Parkour evolution. Its more like an art than a sport.
The founder and creator of freerunning, Sébastien Foucan, defines freerunning as a discipline to self-development, to "follow your own way", which he developed because he felt that parkour lacked creativity and self-expression as a definition for each freerunner to follow your own way. 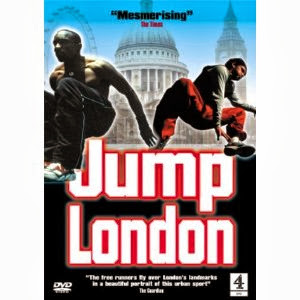 This is a film about free running or Le Parkour (hence to be called PK) and it is simply amazing. So what is PK? Well a few months back there was an advert for BBC1, with a man running over rooftops, making amazing leaps from building to building, flipping around and generally being athletic. Well that is PK in a highly developed form, and that man was one of the founders of PK. So PK is kind of skating without a board, it combines climbing and gymnastics with elements from martial arts. Its involves running through urban and built up areas, jumping and vaulting over obstacles and things in your way, clearing gaps, jumping down huge drops and so on. So the film centers around three of the sports founders, all three of them are french and they founded the sport in their home town years ago because they were bored! These three people are amazing athletes and the film is about them free running over famous London landmarks such as the Albert Hall and one of the countries Battleships!!! It is to put it bluntly amazing and awe inspiring, they literally defy gravity, (at one point one of them jumps 40feet off a gun turret on the ship!). At no point are any safety measures used, no nets or mats, the guys just know their own abilities and do not exceed them. This is an absolutely amazing DVD and one that every one should own. 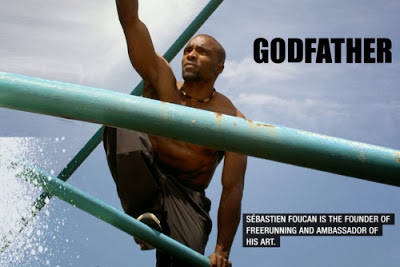 In a video on his official Youtube channel he explains freerunning as:

So this is 5 months of our lives crammed into 13 minutes of your life. I want to write some tonk description on how and why we did things but I'll probably make a video explaining it at some point. I wanted to make a video that anyone could watch and enjoy/appreciate but at the end of the day it's a Freerunning video not a film so we decided we'd have decent content not just hours of B-Roll. However, I didn't want it to be just another Freerunning video, I wanted to include all the jazzy stuff I see in other great videos an give it a bit of originality, ironic then that this now blends in with the boom in long artistic Freerunning video. I am the victim of having a good idea but someone executing it better. But meh nevermind, I hope you enjoy the video and if you have any questions feel free to ask along as it isn't: "Is Matt Hart Russian" "Is that Livewire" "Is that Damien Walters" "How old is George Burdell" and "Who is Jess" - Joe O'Brien - @chimpyobrien

CAUTION!
Please get some professional training before attempting these stunts, not every jump is successful nor does everyone have the same physical abilities. So, please. 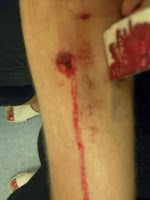 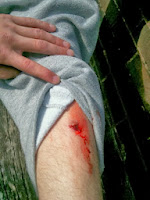 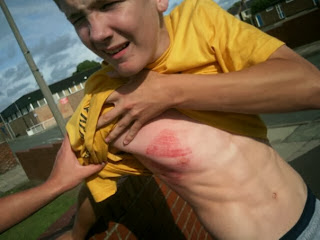