Here is New Horizons’ newest image of Pluto, sent from the planet yesterday and released early this morning. Each pixel represents 4 kilometers, and the image is 1000 times the resolution of anything from Hubble.
The image is oriented with Pluto’s north at the top. The dark regions (not shadowed) are the planet’s equator, which is about 2/3rds the diameter of Earth’s moon. The photo shows a lot of detail, but New Horizons’ scientists are cagey about what it all means. There are features indicating impacts, freeze/thaw surface activity and “maybe even tectonic activity indicating internal activity in the past, possibly the present,” says Alan Stern, New Horizons’ principal investigator.
And that’s only a sliver of the information to come. Stereographics will give measurable imagery of topographic relief. Compositional spectrography and plasma readings will show atmospheric activity. Thermal maps are coming. Full color photos.
And all of the above—and so much more—for the moons Charon, Hydra, Styx, Nix, and Kerberos. “By tomorrow, we’ll have images at 10 times the resolution of this image,” says Stern. We’ll be standing by, Alan. 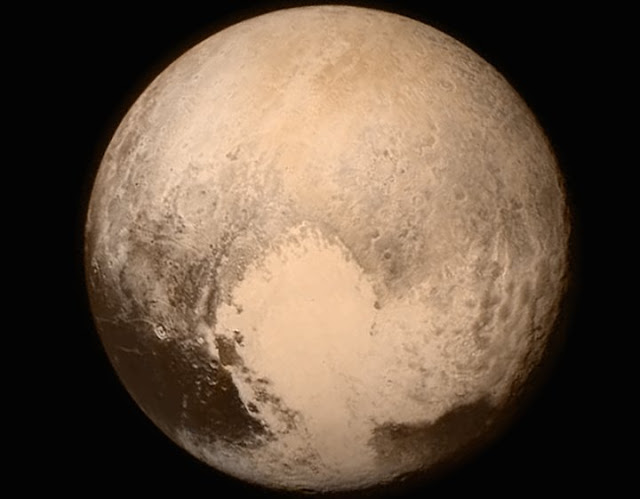 The above photo shows clearly what they are calling
the 'Heart of Pluto'.
Astronomers where a bit embarrassed when they became aware that Pluto was sending a message via its big heart: 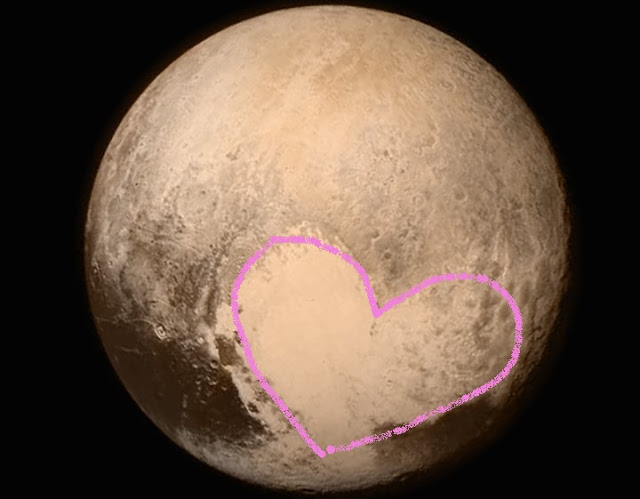 "I heard from Neptune and the other planets that you demoted me from planet to Dwarf Planet status...
But I like you...what did I do that was so wrong...why do you hate me?" 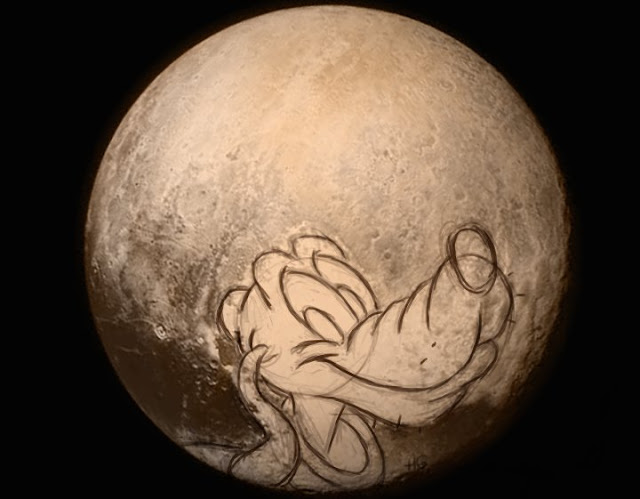